Across cultures, dolls have commonly been used to represent the human figure; to instill in girls a sense of care and maternity. For many children of color, the dolls chosen for us are also our first introduction to the divisive concept of “race,” specifically if the doll’s skin tone or features do not match our own.

In 2017, according to the USDA, only about 49,000 farmers out of 3.4 million across the country were Black. A century ago there were nearly one million Black farmers. Agriculture was a part of the essence of Black middle class life, and with a loss of 90% of their land came a loss of generational wealth.

Jeffrey Sauger photographed these farms in 2001 in Ohio, Virginia, North and South Carolina.

The ongoing body of work I make on Staten Island began when I moved back to the borough, about four years ago— a place where my family has lived since the 90s.

“The desire of conveying emotions and to document what I feel as worth documenting without resorting to the written or spoken language.” 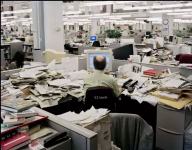 Will Steacy spent 5 years photographing the Philadelphia Inquirer newsroom at a time of increasing decline in the newspaper industry. His unrestricted access has accounted for an important historical document that he is trying to turn into a photo book, DEADLINE.

These Projects Ask For Your Support & Attention 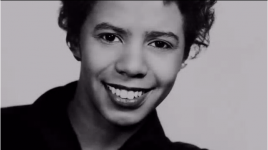 I wanted to talk about 4 fundraising projects that I think are worth your attention and hopefully your support. They are very different from each other, but they are strong projects by people who are professionals with the background of work to match. Some are close to their goal, some are far but if you can spread the word and help  they have a chance of success. Lorraine Hansberry is best known for writing A Raisin In The Sun, but…

The Artist in a Professional World: Three Photographers Three Perspectives 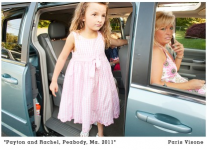 On April 29th, the Penumbra Foundation is presenting the lecture: The Artist in a Professional World: Three Photographers Three Perspective I’ve heard this is sold out, but there is a waiting list. Is there a photographer anywhere in the world who hasn’t struggled with this at one time or another. 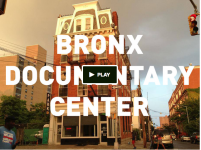 I was born in The Bronx. I grew up in The Bronx, so I feel an affinity for the Bronx Documentary Center. And as they’re trying to raise money for one year of programming, I am here to implore you to join me in contributing to make this happen. They are only a couple of thousand dollars from their goal. This is the only place of its ind in New York, started by photographer Michael Kamber, and has hosted some…

Give And Then Give Again 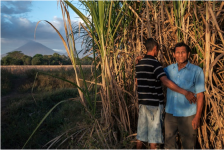 I’ve promoted several crowd funding projects here and through other social media because I believe we should support each other when the idea is strong. I always put my money where my mouth is, so here are a couple I think are important, albeit very different.

New Things and Things That Come In The Mail

I rarely get mail. What I mean is I rarely get mail that isn’t bills. I’ve gotten off most of the junk mail lists, so day after day I check my mailbox and there’s nothing there. That is usually good, but I still feel that child-like sense of surprise when something I hadn’t expected shows up.