Join Me And Let’s Make These Projects Happen! 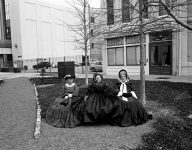 I know it’s the time of year when we’re bombarded with requests for donations, and I know how hard it is to not have enough to contribute to everything you’d like. But these are two book projects that I feel strongly about and so I have contributed to both. I urge you to follow suit.